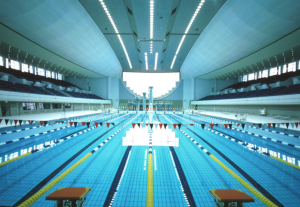 You could say that I was going through a rough patch.

Kris had moved out, for the third and final time. She wouldn’t be back. I didn’t really feel sad about the relationship ending – it had been dead for a long time – but I felt sad about the sadness, felt sad about the tears and arguments and sleepless nights I’d caused. She’d been a kind, loving person and she hadn’t deserved what I’d put her through.

And now she was gone.

My career was looking up too: my contract had come to an end and I was unemployed. On my last day Buddy, my supervisor’s supervisor, had taken me into his office.

“We’d love to keep you, champ” he’d said, “but I just don’t have the budget. We’ll need you again when the busy season starts up in a few months, so stay in touch.” Champ. I wondered if Buddy ever said buddy, or if he had consciously or subconsciously excised that particular term of address from his lexicon. As a kid I’d seen a Far Side cartoon about someone called Buddy, and why he hated to drive: other drivers shouted his name at him.

I thanked him and packed up my stuff at the end of the day. Kathleen and Megan had gotten me a card with a sad-faced oak tree on it. It read Sorry You’re Leafing!

So all things considered, life wasn’t looking that good. Somehow I didn’t care. For a few days it was fun to sit on the couch and watch TV and read until early in the morning, waking up at seven o’clock then burrowing back down into the blankets for another few hours of heavy mid-morning sleep. But there’s a particular emptiness you feel in those draughty hours in the middle of the day when you’re home alone and the rest of the world is out at work, a dull echo deep in your bones: you’re wasting your life. Or you’re wasting the money you’ve saved, which is more or less the same thing. By the end of my first week without a job or a girlfriend I was seriously starting to question my existence. The TV was burbling away in the corner of my eye and there was a novel open on my chest. I hadn’t read more than a page all morning. A random sentence from the screen caught my ear.

Swimming is a part of the national curriculum.

I glanced over to see what they were talking about. On the screen a stout middle-aged woman with a boxy haircut bounced neatly up and down once on a springboard before executing a perfect dive into a perfectly still pool beneath her. She cut into the water like a knife, leaving only a tiny plip of water spuming up behind her.

All national pools are equipped with 12 foot and 19 foot diving boards, the TV continued. Suddenly the picture changed to a neat row of teenagers standing by the side of the pool, all dressed in black shorts or swimsuits, who then dove into the pool in perfect synchronicity. Germans feel tremendous affection for their national pool system, the TV stated. I lay on the couch for another ten or fifteen seconds, consciously gathering inertia from my limbs into a tight ball in the centre of my torso. Then with an enormous effort (it felt enormous) I sprang off the couch. I literally sprang; it was possibly the most dynamic movement I’d ever made and it was a great shame that no-one had witnessed it – for the people who had not witnessed it. It was not a shame for me, for with that one movement I had become a new person, someone capable of performing physical feats of astounding grace and power with ease.

I had become a swimmer.

Having made my decision, all that was left for me to do now was master swimming. Impatiently, dismissively, I rifled my way through my belongings until I found my swimming shorts. They had not been used since a vacation with Kris two years previously. I ripped off my trousers and tried them on over my undershorts. They still fit. I took them off, then took my undershorts off, then put my trousers back on again over them. I felt that this was my first triumph as a swimmer, a small technical adjustment which would never occur to the majority of non-athletes but was essential for allowing us swimmers to maximize our pool time. Hurriedly I slung a towel and my wallet into a knapsack.

For a second I wondered if I was going mad.

When I opened the door from my apartment block into the street I briefly questioned my new purpose in life: it was February and the air was freezing, literally. Dirty snow was piled up on the sidewalk and the traffic shushing down the street was grumpy and irritable, stung by the wind. I wrapped my coat around me and trudged the four blocks to the bus stop. But my doubts were soon vanquished. The right bus arrived within a minute, a sure sign that swimming was what I was supposed to be doing, and so I felt slightly taken aback by the bus driver’s complete failure to acknowledge me, until I remembered that of course he didn’t know that I was on my way to begin an exciting new phase of my life.

An agonizing twenty minutes later I had arrived at the Y. I had never been there before. Previously I had always thought of the Y as old-fashioned, slightly dirty, vaguely sinister; not somewhere a virile young hipster with a job and a girlfriend would ever have gone. I climbed down from the bus and held the door open for a colorless, shapeless man who was leaving. He glanced at me incuriously and gave a neutral nod of thanks. Apparently he too was ignorant of the glorious new beginning he had shared in, however briefly.

Fifty laps seemed like a reasonable target for my first day.

I corrected myself. First training session.

Suddenly oddly conscious of my walk – did I really take such strange little pecking steps? Why were my arms hanging at the sides of my body like that? – I made my way down the side of the pool. The water and concrete gave everything a muted, filtered quality. A generously-upholstered woman made a stately procession past me doing the backstroke. She was strapped into a swimcap and goggles and wore a black swimsuit. I wondered if she was the same woman from the German pool I’d seen on the television. I conceded that it was unlikely, but you never knew. It seemed astonishing that I had seen the program last than an hour ago. The program now divided my life sharply into two; a distant, dim past, and my present destiny as a swimmer. I could hardly believe that I had woken up this morning with absolutely no purpose or goal for the day – or even my life.

It felt wonderfully transgressive to strip down to my swimming shorts in the changing rooms, something about exposing so much bare skin in public. I could hear dim echoing conversation from the women’s changing room. That was just like the women swimmers, I thought, generously. Always chatting before and after training sessions. I shook my head with a wry smile and stepped out of my cubicle. The floor was surprisingly wet underfoot. It wasn’t that surprising, when you thought about it, but I hadn’t been to a swimming pool in years. The brisk tang of chlorine brought me back to my childhood, when I had for some reason abandoned what would have been an enormously successful career as a swimmer. Not abandoned. Interrupted.

There was an art to holding your stuff in one hand without letting anything fall while you opened the locker. Deftly I flicked the door open and deposited a quarter. I realized that I’d get the quarter back, provided I returned to the locker and reclaimed my clothes; this seemed like a very fair deal, one I’d certainly be able to uphold. Without my clothes held in front of me I realized the enormity of what was about to happen. In just moments I’d be hurling my body directly into water.