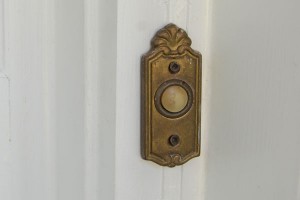 Charlotte had finally left. Nearly four on a Sunday afternoon; time to start facing up to reality. Monday morning was going to happen, again. Monday mornings had stamina. They weren’t going anywhere.

Charlotte had been at the flat since Friday evening and I’d really had enough. I felt like the whole weekend had been pissed away. It was a beautiful day, a mild spring, but we’d spent the day mooching about until she’d gone home, irritated by my unspoken resentment of her intrusion into my space. It wasn’t fair on her, both that I’d had enough of her for one weekend and that I hadn’t articulated my feelings, respectfully or otherwise.

I sighed and picked up one of my textbooks. Another week when I’d made exactly zero progress. I’d be at work early the next day and knew I wouldn’t have the energy, or more precisely the self-control, to do anything constructive afterwards. Maybe I’d get an hour of constructive stuff done now.

The doorbell rang. There was a fairly small list of people it could have been. Charlotte, returning for some reason (my mouth pursed slightly, involuntarily), but I expected that she would have sent a text or something first. Maybe she’d left her phone behind. For a second I gleefully considered not responding. It was funny imagining her without her phone, which in her case was more like some kind of prosthetic aid or vestigial limb than a removable gadget, and it also meant that she wouldn’t be able to contact me easily until I gave it back to her. But she’d only left a few minutes previously, so I couldn’t really pretend not be home. I briefly considered whether I could say that I’d been having a shower or listening to music. Then I realised that I was being a dick, so I stood up and made my way to the intercom. The other option was that it was my mum, although usually she’d ring first too, because according to her you never answer the door.

“Hello,” I said into the speaker.

“Ah, uh, come up, mate,” I said, and pressed the button. It was a surprise, to put it mildly, that Bodey had apparently come a-callin’. Bodey wasn’t the sort of bloke who went calling on friends on Sunday afternoons. You generally saw Bodey in the pub, from around nineish at night. I’d known him since primary school, but it was weird to think of him roaming the streets on a civilised Sunday afternoon while ordinary people were about. Weird to think of Bodey abroad in the daytime.

After a minute or so the door handle rattled.

“It’s locked,” I said. “Hang on.” I opened the door onto the landing. Bodey was stood there. He looked pale. He gave me an odd attempt at a smile and brushed past into the flat.

“Go on through to the sitting room,” I said redundantly to his back. He was in and onto the couch like a laser-guided missile.

“Yeah,” he said. I went into the little kitchen and put the kettle on. I was intensely aware that it seemed to take a while to make the tea. When I went back in with two mugs Bodey was staring off into space. I was getting slightly irritated by his reticence.

“You alright? Not seen you for ages,” I said. It had been at least a month.

“Yeah, sorry,” he said. His hands were shaking slightly. He was obviously upset. “I was going down to get the paper, and I clocked on this bloke were stood there in front of the shop. On Crumpsall Lane.”

“Didn’t think nothing of it. So I went into Adams’ and got the paper and a drink. I come out, and he’s still stood there across the road. Looking at me.”

“He was just outside The Cleveland.”

“So was he… did you know him? Was he gonna mug you or what?”

“No. It was…” He lent forward and fixed me with a stare. His eyes looked completely haunted, but the effect was mitigated slightly by him taking a slurp of tea. “He looked exactly like Radinson.”

Radinson wasn’t a name I’d ever wanted to hear again, particularly not in the context of his doppelganger/reanimated corpse stalking people. As young lads, teenager, we’d both been sentenced to time in a community home for silly stuff. Radinson had been one of the wardens, or associates as they’d been officially known. A deeply unpleasant man even in the context of a sector which seemed to attract utter bastards. He’d died of a heart attack.

“I set off home – and he followed me. I kept looking over my shoulder and he was there, behind me.”

“So I didn’t want him to know where I live. So I went all the way up the lane onto Middleton Road. He were still behind me. If I stopped, he’d stop. I went into Prestwich and he was still following. All the way up to the park. When I got onto Sheepfoot Lane I thought, I’ve had enough of this. So I turned round and started walking towards him. I said ‘here y’are, what’s the problem? Why are you following me?’”

“Nothing. He just walked backwards away from me.”

“He just went backwards as I was coming towards him. Kept the same distance. It was fucking weird.”

“So I just turned round and ran. Ran. Legged it all the way down to The Ostrich. Then I realised I wasn’t far from yours.”

“Christ, this just happened?” I should have realised; Bodey wasn’t the type to nip out at the crack of dawn for the paper.

“Yeah, I couldn’t see him.” We both sat in silence for a bit.

“Hang on,” Bodey said, standing up. He went to the window and looked out. He turned round. I knew what he was going to say.