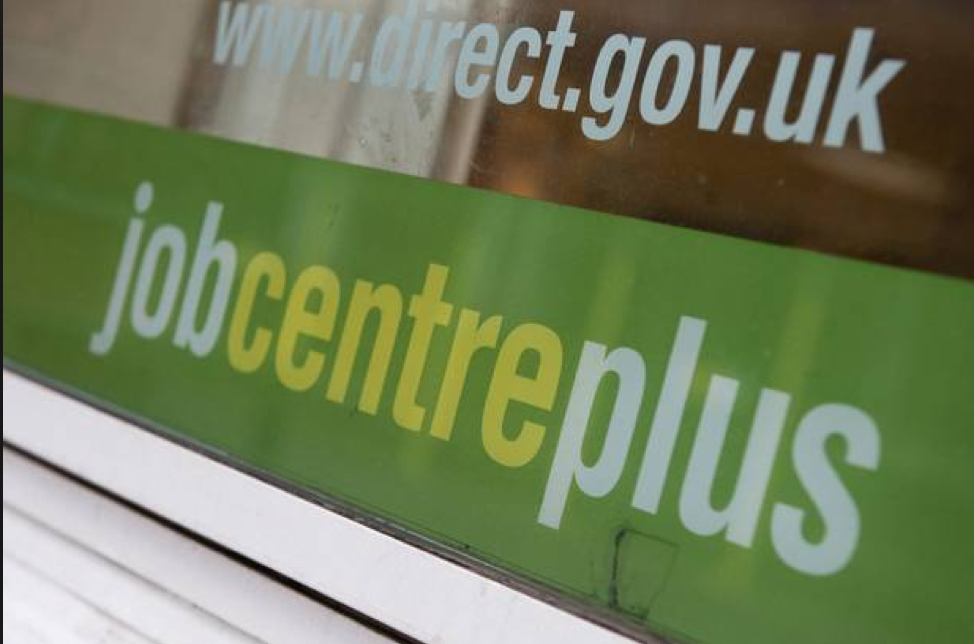 So you’re a jobless scumbag: your life consists of murdering your illegitimate children, drinking Tennents and organising dogfights around the back of Aldi. Society shakes its head at you. It tuts loudly. Shut out from the capitalist rat-race, the best you can hope for is some sort of semi-fatal injury at an age where you’re still able to enjoy the compensation payouts. It doesn’t matter how many degrees you have, nor how much your increasingly worried parents paid for them, you reply to ads and go to interviews but still nothing happens. If it wasn’t for your dad asking any news?, your inbox would be as empty as your bank account.

Joblessness is the defining issue of the age. The Tories tell us the economy is recovering – big companies are racking up record profits – but huge swathes of UK society are trapped in unemployment or crappy jobs. Labour vaguely promises to increase employment but fails to oppose slavery-like “Workfare” programmes. On the increasingly visible fringes of UK politics maladjusted loons like Nigel Farage have essentially carved out careers on the prospect of curing this societal ill.

The time has come for us at VICE to offer you some tips for coping with life on the dole, as well as a few for escaping it.

It’s tempting to fall into a haze of twitter checking, telly watching and whacking it to fetish porn on the internet – every other genre having been exhausted – but life is still happening. Get up early and wash your nuts. Yeah, things aren’t great but basting yourself in your own juices eighteen hours a day is a sure-fire route to depression. Before you know it you’ll be listening to Disintegration and harassing your GP for another refill of Prozac.  The thing is, it’s a never-ending cycle: no one’s going to give you a job if you turn up to an interview having done nothing for a year. We know that watching all of Breaking Bad in a week seems laudable – more high art than the usual dole-death of Jeremy Kyle – but it’s not exactly CV-appropriate, is it? The guy who’s getting the next job you apply for is up early and staying sharp, thinking of new ways to lie in his interview.

The typical graduate anthem of “there aren’t any jobs” is, frankly, complete and utter bollocks. The UK is awash with jobs, just not the ones you want to take. Industrial kitchens are always looking for staff –you’ll see not only how your sandwiches get into those plastic triangular packs, you’ll also never have to buy food again. Care work is plentiful too.  Alternatively, turn that Friday-night coke habit into a full-time occupation by becoming a dealer: turn off Scarface before the last twenty minutes and it seems like a pretty good gig. Failing that, donate your body to medical science by taking part in clinical trials. It’s surely no worse than donating it (and your soul) to Starbucks.

If you’re receiving JSA, it hardly seems like the ticket to the tabloids’ apocryphal lifestyle of carefree indolence, but within a few years even this scant safety net will be gone. The term benefits will join words like trebuchet, dowry and ration book: dimly-remembered linguistic traces of an archaic idea. Enjoy it while you can, freeloading scum.  There are more onerous obligations attached to receiving benefits every month, but you can turn some of them to your advantage. Going on training courses keeps your advisor happy and could snag you some transferrable skills – check to see if your Jobcentre offers vocational courses in things like catering, fitness instruction or event security. Make that dream career as a super-fit celebrity chef-cum-bodyguard a reality!

If you’re all set on a career in education or social care, volunteer experience is essential. Not only will it add valuable heft to a bare-looking CV, helping other people is surprisingly rewarding. The best volunteer roles will keep you busy with well-defined tasks and teach you new skills, as well as bolstering your ailing sense of superiority. Even the worst volunteer jobs can help you look at your own life with a fresh perspective and give you the material for that roman à clef you plan to write.

You’ve already been to uni and put your parents fifty grand in debt, so what’s another fifty grand in the face of your unhappiness? We’re serious: life’s too short to continue down a path other people made for you. Maybe the reason you don’t have a job is because you don’t really want the ones you’re applying for. Maybe you’d be happier and more successful doing something else.  What about that thing you’re always banging on to your mates about, that pointless but potentially lucrative invention you always wanted to make? You’re already broke, getting your protein exclusively from the insides of Heinz cans, so why not follow through on your dream?

6. Be careful what you wish for

What do think this mythical job will bring you, exactly? The fifty-hour work weeks you’ll be expected to put in will drain your life of joy and culture, moulding you more into your dad than the rock stars of your youth, numbing your brain with pointless tasks and goals, one of which is to make it to Friday night. Friday night is what you’ll live for, all limbs and lager on a slippy dancefloor in Dagenham, tie around your head, face awash with grease-laden sweat, a frontline soldier in the Normandy invasion of your own life.  As the years roll by a mortgage and a starring role in the work football team is your reward for all that espresso-induced indigestion. You’ll leave late and arrive early, neglecting whatever partner you can wrangle up in between spaffing out purchase reports. To shut him/her up, you’ll foist a couple of kids on them, before they leave you for your brother. Meanwhile your kids will disappoint you terribly by (shudder) going to art school.

Approach internships with caution. Companies are well aware there’s an endless procession of desperate young people out there willing to work for free; to forge a career in media, law, fashion or finance, you’ll probably have to do so, often to no avail. You may know someone who knows someone who became The Guardian’s chief film critic after a week of making the tea, but in reality, the fact you’re doing an internship probably disgusts the twat in charge of keeping you on. Ask to talk to paid members of staff who started as interns – if you can’t find any, try a career as a magician.  Once you’re in, give it your all. Arrive early; work harder and longer than everyone else. It’ll make you better. That said, don’t risk your health or sanity for the sake of telling your friends your boss bought you a pain au chocolat on your birthday. If he was really a nice guy, he’d fucking pay you.

Living in a world of arseholes, be ready to deflect attention away from your jobless state by asking them questions about themselves. They’ll want to linger on your humiliation in order to make themselves feel better, but even more so, they’ll want to talk about their success. Better to suffer through this than a long list of the things you should be doing, and have already done, to secure that job in Wilkinson’s.

Like everything in life, joblessness will pass too, so don’t give up hope. Throughout history, there are endless examples of long-term struggles leading to eventual transcendent successes. Vincent van Gogh, the greatest painter of all time, toiled for ten years before anyone deemed his work good enough to buy. In that time, he broke apart his family, gave his father a heart attack, fell in love with his cousin, slept on dirt floors, went mad and cut his own ear off, but ultimately – after he, ahem, killed himself – he became immortal. Surely you can suffer through a few more months of drinking Bavaria before you emigrate to Canada.

Experiencing a new culture will probably teach you more about life than falling into a numbing vortex of Come Dine With Me repeats on more4, but make sure you do your research before you go: you don’t want to end up in a place even more densely-populated with arseholes than here, i.e. Australia. Emigration doesn’t have to be forever. for UK citizens, visas for Australia and Canada are especially easy to obtain, and we can work anywhere in the EU hassle-free. Though Europe is generally in worse shape than here, there are odd pockets of prosperity like Germany, where living costs are low. When it comes to location, be prepared to think outside the box: there’s huge demand in China’s teaching sector for native English speakers. Syria, too, is offering exciting, challenging opportunities for anyone willing to pack their bags. There’s no need for a visa and, unlike gloomy old Britain, good weather is virtually guaranteed!

In the grand scheme of things, what we do for a living doesn’t really matter. There are notable exceptions, of course, but for most of us, work is just something we do because the alternative – being unemployed – is too shameful. But we’re all going to die, Walt Disney aside, and unless you’re a masochistic idiot, what we do for money while here on earth shouldn’t concern us to the degree it does.  We know getting that job at pricewaterhousecoopers seems like the biggest thing in the world right now, but for the love of God, be a friend to yourself and concentrate on other areas of your life. Get out of the house, lose that last ten stone, read War and Peace, cultivate an interest in Frank Zappa. Do the things you always wanted to do but couldn’t, and be a friend to yourself because frankly, without a job, no one else will. Most importantly, stay positive – because when you do get a job, which you will, you’ll have earned it and be able to appreciate it. Unlike all the cunts you’ll be working with.

This piece was written by myself, James Nolan and Lewis Jamieson last year as a commission for VICE. It was never published (or paid for).