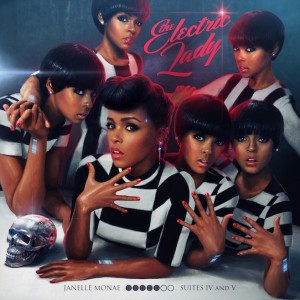 The Electric Lady sounds expensive. There’s a carefully-assembled list of tastefully hip (Solange, Esperanza Spalding), credibly mainstream (Big Boi, Miguel) and legendary (Prince!) collaborators. The entire project shows the kind of attention to detail that only happens when an artist with a singular vision is backed up by a lavish budget. Tying the songs together is a kind of professionally-apportioned vein of thick, scratchy funk: it takes a lot of talent and money for music to have this nonchalant, careless bounce. There’s a kitchen-sink maximality to the album, both in the size and reach of the production and the huge range of stylistic influences covered. In a small act of rebellion against the atomised, shuffle-skip way we increasingly consume music these days, the tracks are sequenced to flow into one another; this is absolutely an album rather than a collection of songs.

Yet, somehow, the end result is unsatisfying. The problem lies, firstly, in the songs: there are no classic hooks here, nothing you’ll be returning to time and again. The Electric Lady’s first three songs proper  – “Give ‘Em What They Love”, “Q.U.E.E.N” and “Electric Lady” – are tight, glossy digital funk jams, but somehow they don’t engage, nothing that Floetry or Lauryn Hill didn’t do with a lot more emotion and personal investment. On both “Q.U.E.E.N” and “Electric Lady” Monáe spits competent rap verses. That’s unfair: they’re more than competent – Monáe is a supremely talented artist – but they still don’t grab me. Some of the music almost sounds like the kind of focus-group good-time stuff you might find on a Disney Channel or Nickelodeon album. The choruses for “We Were Rock & Roll” and “Dance Apocalyptic” are gentle; there’s no other word for them. At an hour and ten minutes long The Electric Lady does seem something like a Pixar blockbuster, a film which could happily finish some time before it does. Towards the end of the album the constant genre-experimentation, the day-glow hi-fi wackiness, starts to grate.

The Electric Lady deals with a fairly loosely-expounded story about Monáe’s cybernetic alter-ego, Cindy Mayweather, and the vaguely-sketched future she lives in. (Her first album proper, The ArchAndroid, explored the same ideas more explicitly with a backstory of a future where music is banned.) It’s not particularly original or fresh as a concept, and it’s chiefly expressed through a number of slightly annoying skits. To my mind they don’t add much to the album, aside from providing some continuity with the first release. More successful are the “Electric Overtures”, two short pieces which again carry over from the previous parts of the work. “Suite V” in particular is enchanting, beginning with classic-Bond-era strings before morphing into a propulsive easy-listening jazz strut. Two other highlights are the shambling astro-funk of “Ghetto Woman” and “Dance Apocalyptic”, a continuation of the high-tempo party soul of her 2011 single “Tightrope”. Some of the songs approach pastiche: “What An Experience” sounds like the kind of soft-tropical toothless party jam Lionel Richie used to churn out in the 1980s. This may sound like a criticism, but it’s actually superb, possibly the best song on the album. “Look Into My Eyes” is less successful, an attempt at the luxuriance of 1960s-style soundtrack pop. It brings to mind nothing more than Marina’s song from the end credits of Stingray. 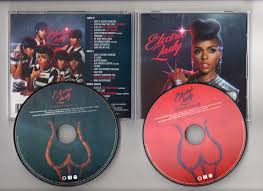 Stuffing an album full of A-list guest stars is a common record label trick for disguising the weaknesses of up-and-coming artists, and at first glance I assumed that was what was happening here. I was wrong: despite the impressive roster of guest stars on Electric Lady, Monáe is the absolute focus. It’s a testament to her skill and star quality that she’s never outshone – indeed, she almost sidelines most of her guests. You might miss Prince’s contribution, guitar and sexy half-grunts, on first listen to “Give ‘Em What They Love”. I had no idea Erykah Badu was involved with “Q.U.E.E.N” until I saw the video and I still don’t know exactly what Solange does on “Electric Lady”. Only on “Primetime” with Miguel does Monáe share the limelight. Miguel is a perfect fit for this project: like Monáe he has an effortlessly cool aesthetic, straddles a weird kind of hinterland between trendiness and commercial stardom, and can really, really sing. “Primetime” is excellent, a shadowy, pensive paean to the anticipation of spending time with a lover. It’s not original or innovative, just (“just”) very well-executed. That could go for the album as a whole, in fact.

Ultimately, the songs here blend into a groovy melange. There are certainly worse things to listen to for an hour, but I doubt Monáe’s intention was to provide something which is essentially glossy audio wallpaper. This is an album which could soundtrack a barbeque or dinner party without upsetting or overly engaging anyone. After listening to The Electric Lady, it’s hard to come away with any kind of real picture of who Monáe is. Her lyrics certainly don’t provide any clues. The words to the songs are, again, simply professionally funky: they fit with the music, they scan, they make a scatty sort of sense in the vaguely-explained future-funk-robot-boogie milieu of the whole project, and they absolutely fail to give any kind of clue as to Monáe’s personality or motivations. She’s deliberately cultivated an image as a cipher, a kind of cartoon stand-in for the real Janelle Monáe, and I suppose she’s been successful: I’ve listened to this album at least seven times all the way through and I still have no idea who Janelle Monáe is or what drives her. The best stars are inherently aloof and separate, of course, and Monáe has that covered – but they also reveal their humanity enough to connect.